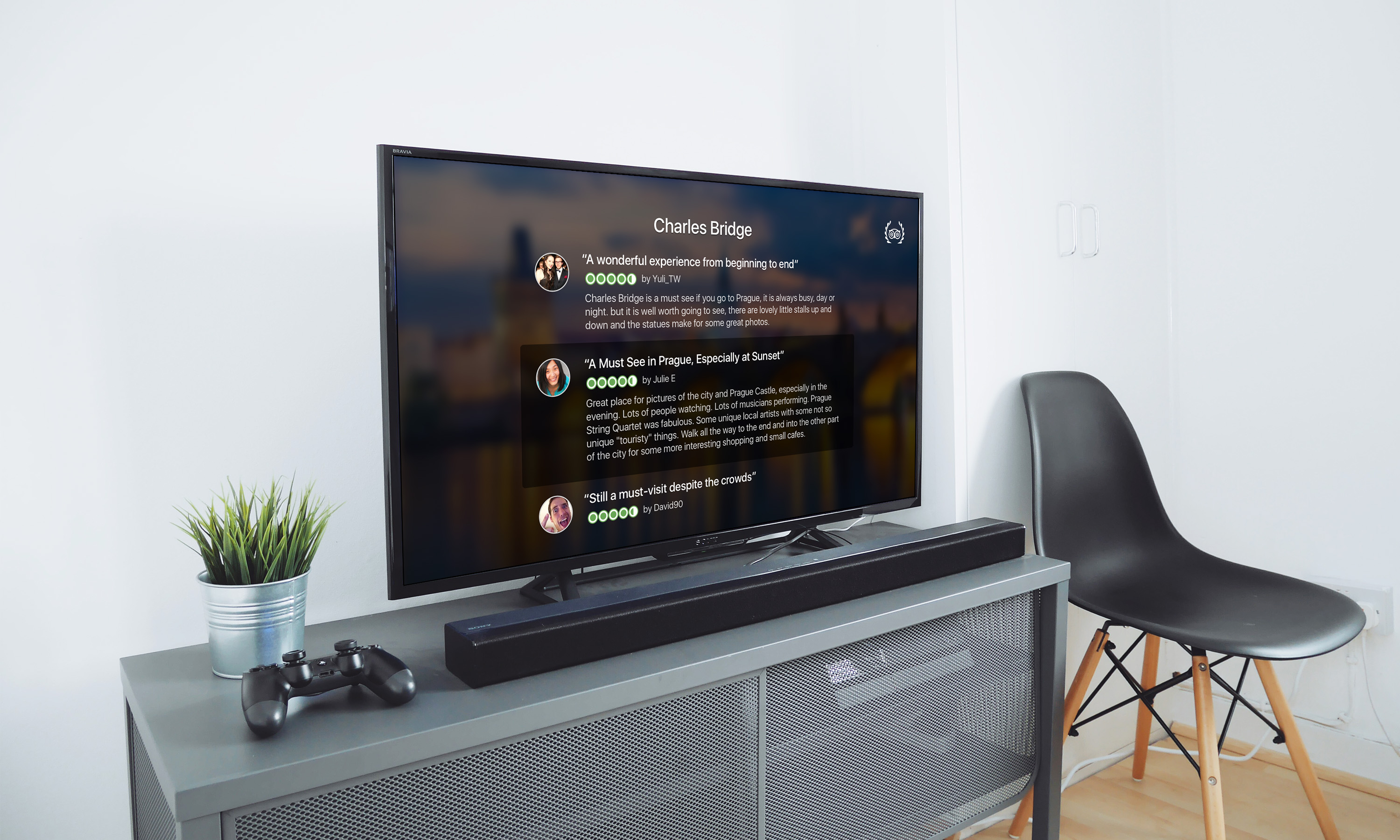 TripAdvisor developed its first app for television after Apple announced its fourth generation Apple TV at the 2015 September Event. I was part of the small group tasked with designing, building, and shipping the new app in just four weeks.

This was a unique opportunity to extend the TripAdvisor product experience to a new platform. We knew that if we shipped the app before the Apple TV's official launch, we could potentially secure a lucrative feature spot in the tvOS App Store, driving valuable downloads to the entire family of TripAdvisor iOS apps. 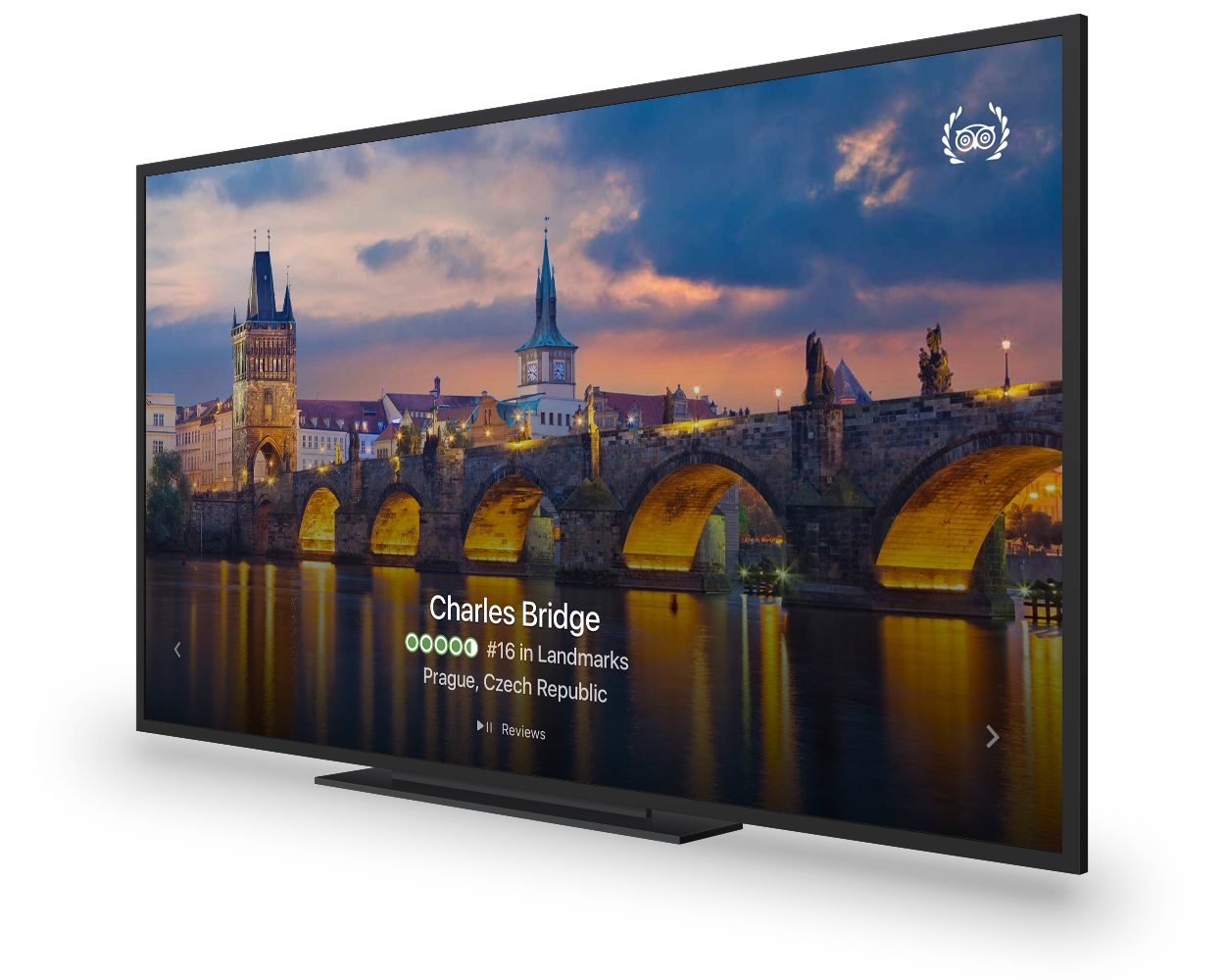 To identify what need(s) a TripAdvisor television app could serve, we had to first understand people's television habits. We each asked our friends and family the same set of questions:
→ What types of programs do you watch on television (Shows, movies, news, documentaries, etc.)?

→ Who do you usually watch television with? (Spouses, children, friends, parents, or individually?)

→ Do you do anything else while watching television? If so, what? (Work, browse internet, cook, clean, sleep, etc.?)
‍
→ What environment(s) do you prefer while watching television? (Dark vs. bright lighting, snacks, etc.?)
Almost everyone we spoke to noted that they kept smaller devices (phones, tablets, or laptops) either close by or directly in hand while watching television. Multi-tasking was a nearly universal behavior — but it was also individual. The TV was the only communal device that they truly shared with their household. For many participants, watching a show together at the end of the day was the only quality time they spent with their loved one(s). 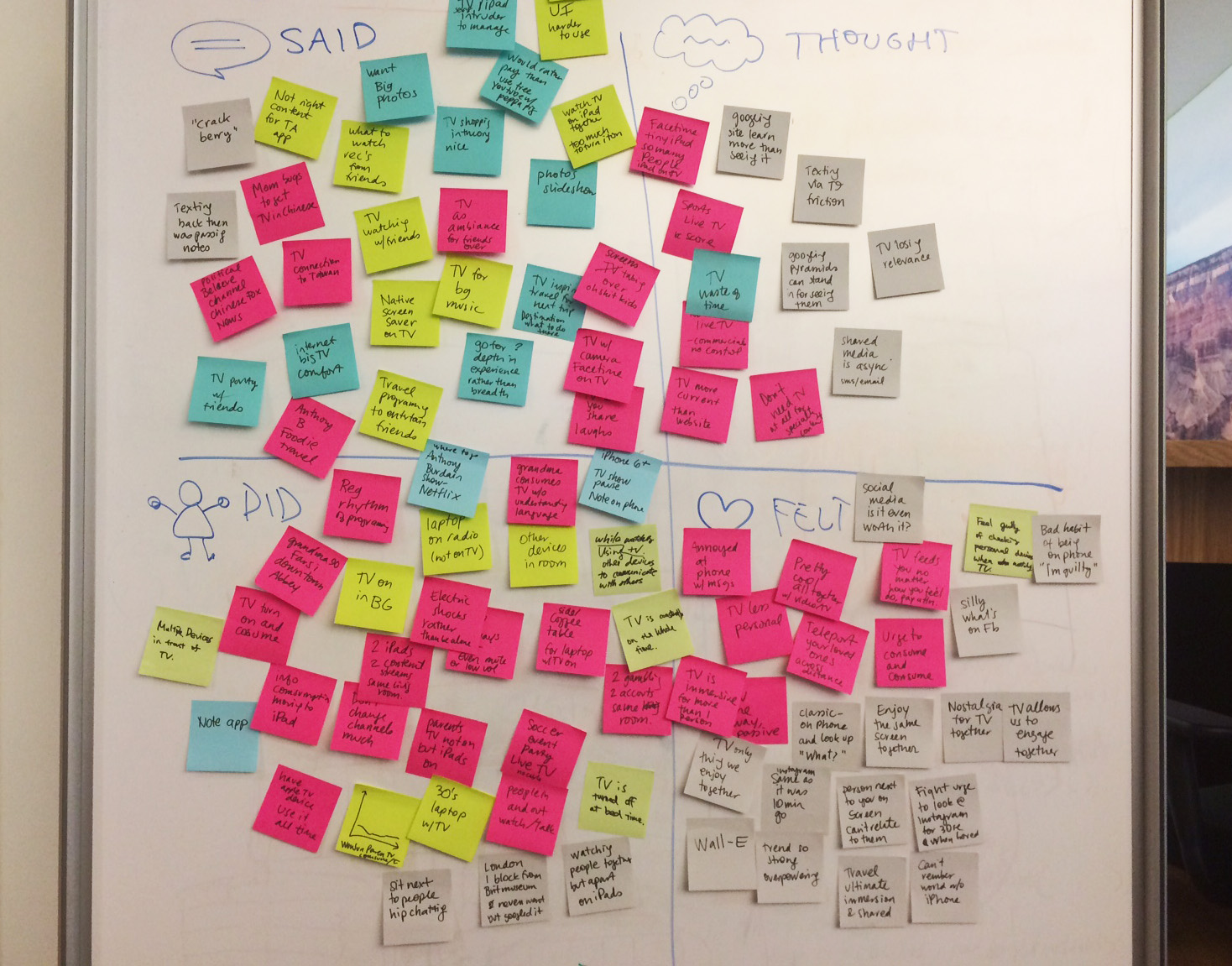 ↑ Mapping research observations according to what people said, thought, did, and felt while watching TV. 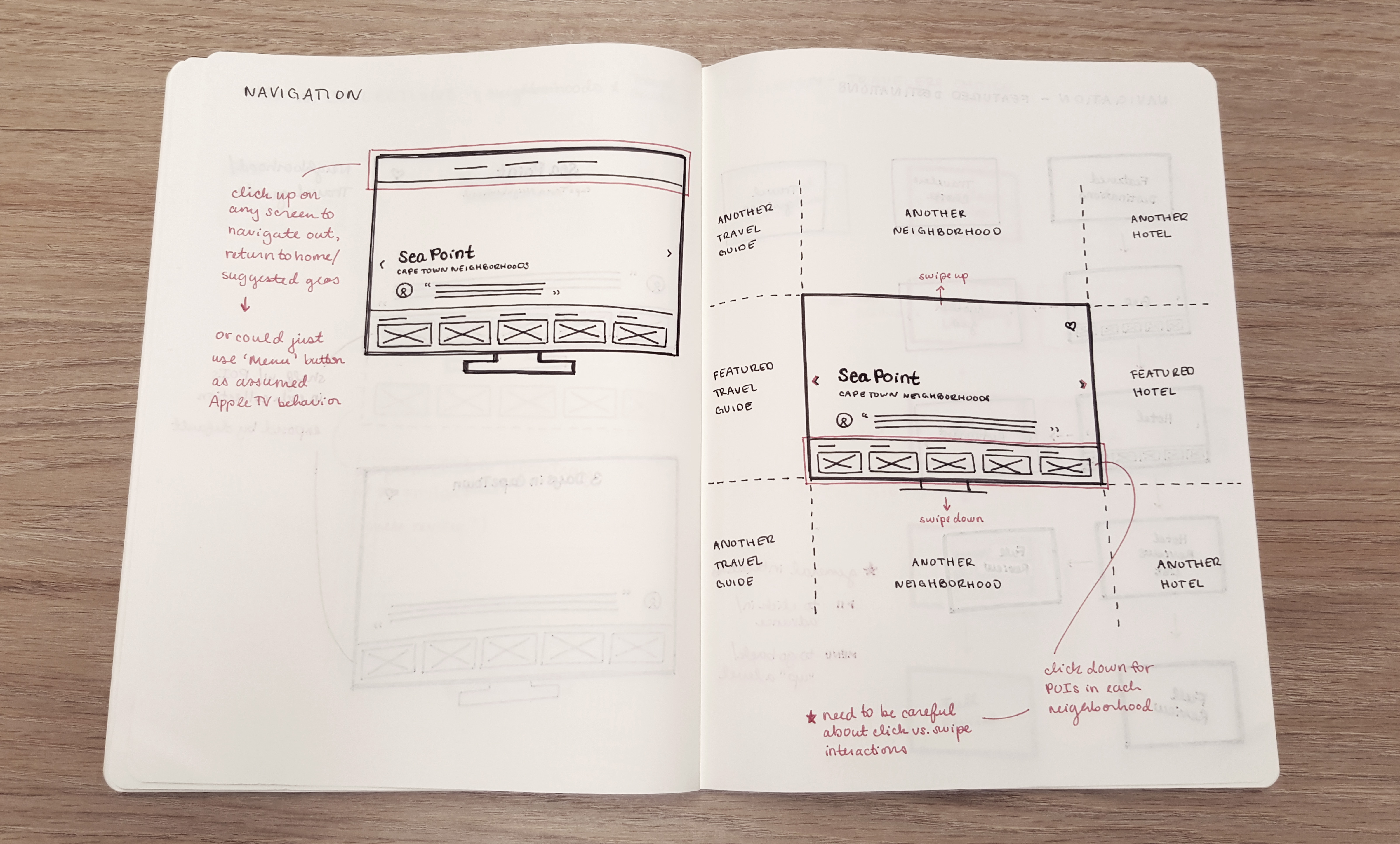 From our research, we realized that TripAdvisor had a unique opportunity to bring people together with shared wanderlust.

We focused the app experience on sparking curiosity about a destination while requiring as little engagement as possible. If someone opened the app and selected nothing, the app would shuffle a slideshow of beautiful destination images for them. If they were more engaged, we offered reviews and travel guides for them to scan through. This app gathered the very best of TripAdvisor's content and weaved it into a visual, cinematic experience that inspired people to go out in the world and travel. 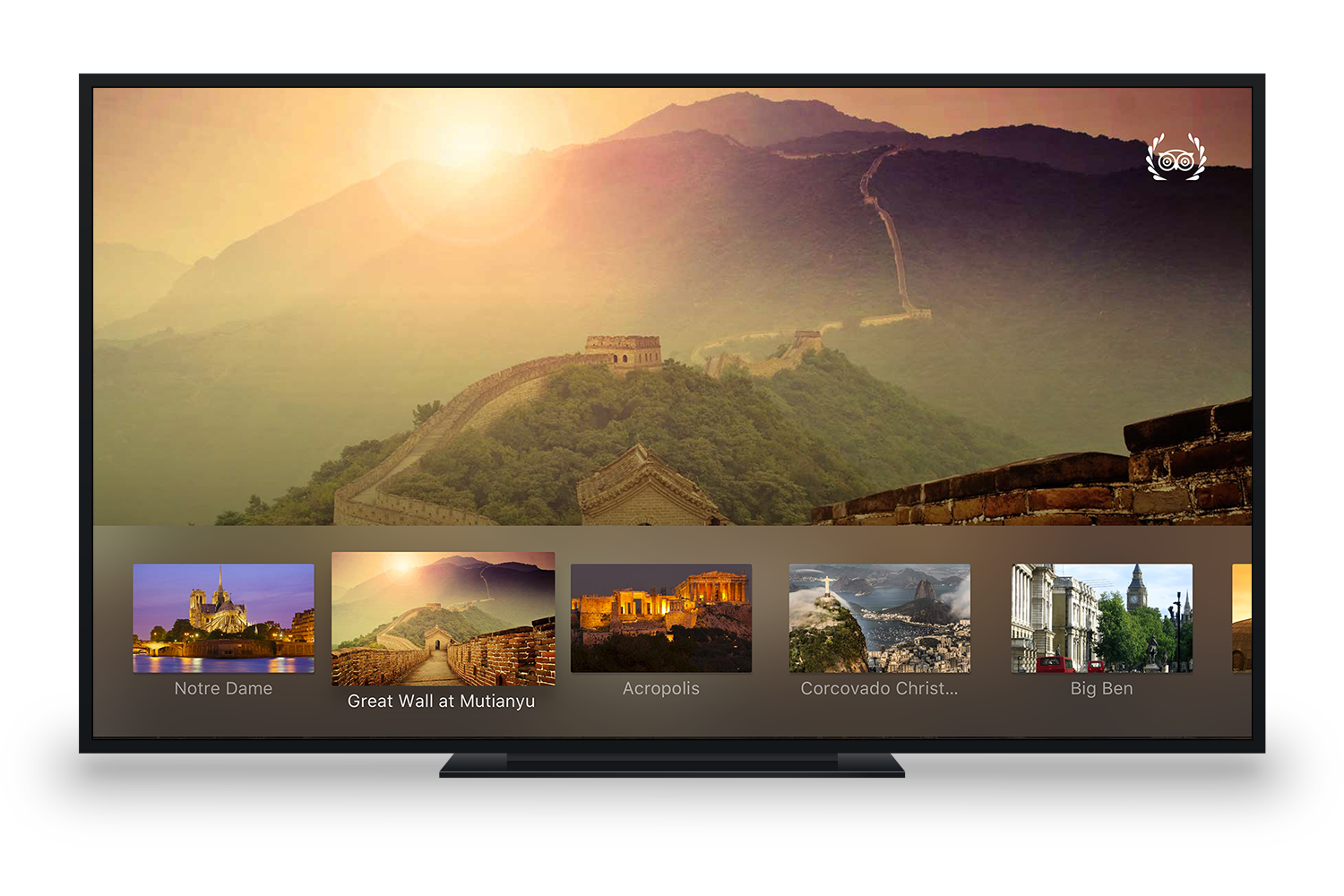 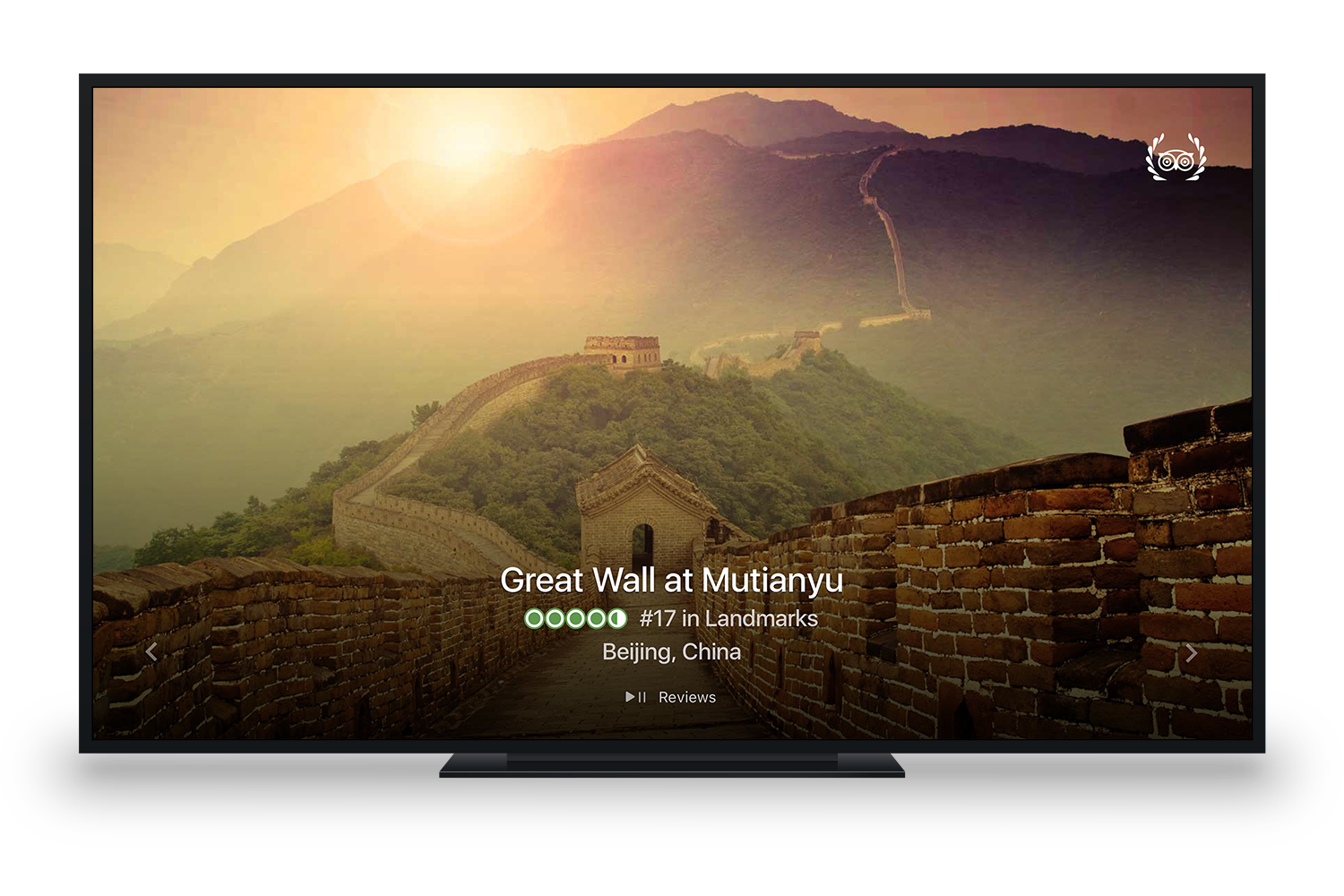 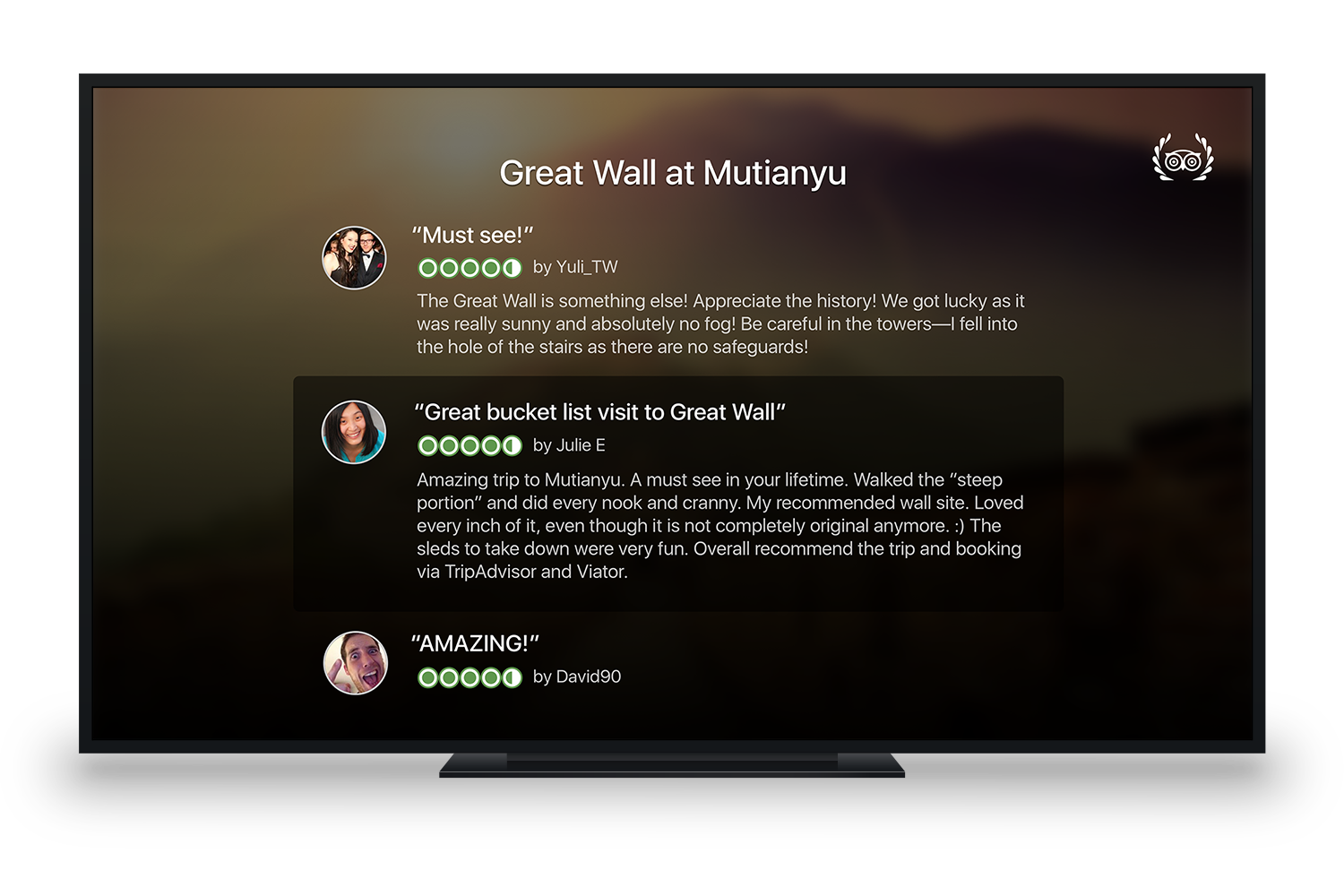 Not only did we achieve our goal to ship the app prior to the Apple TV launch, but we also earned a #1 ranking in the "Best New App" category of the tvOS App Store! 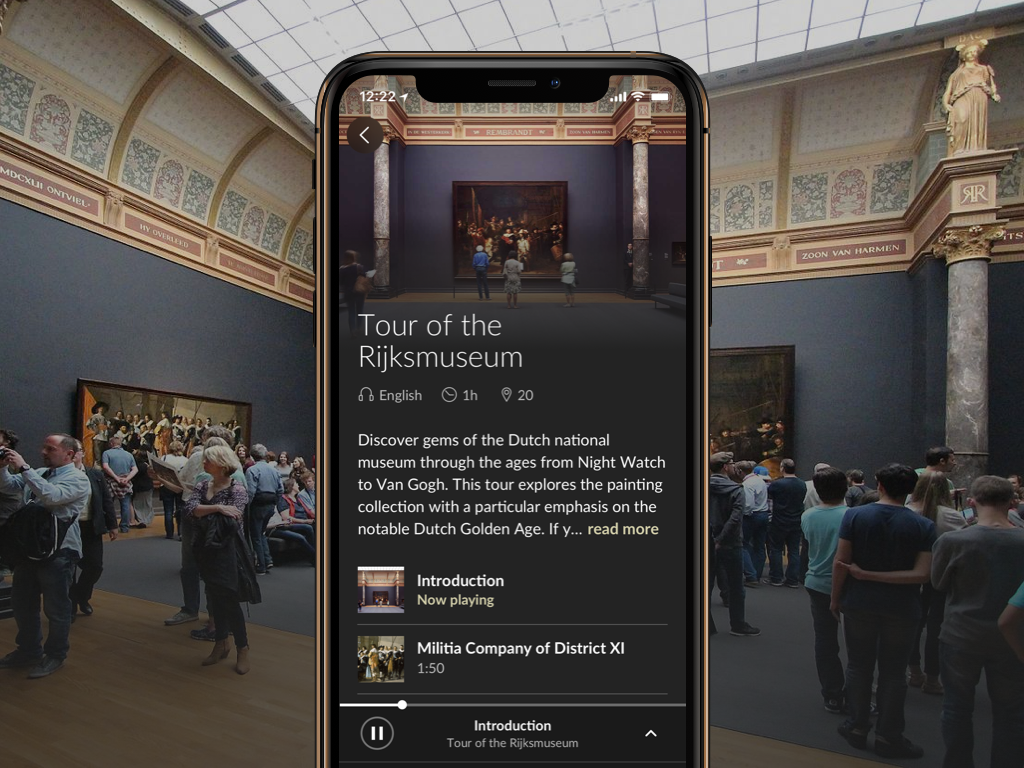 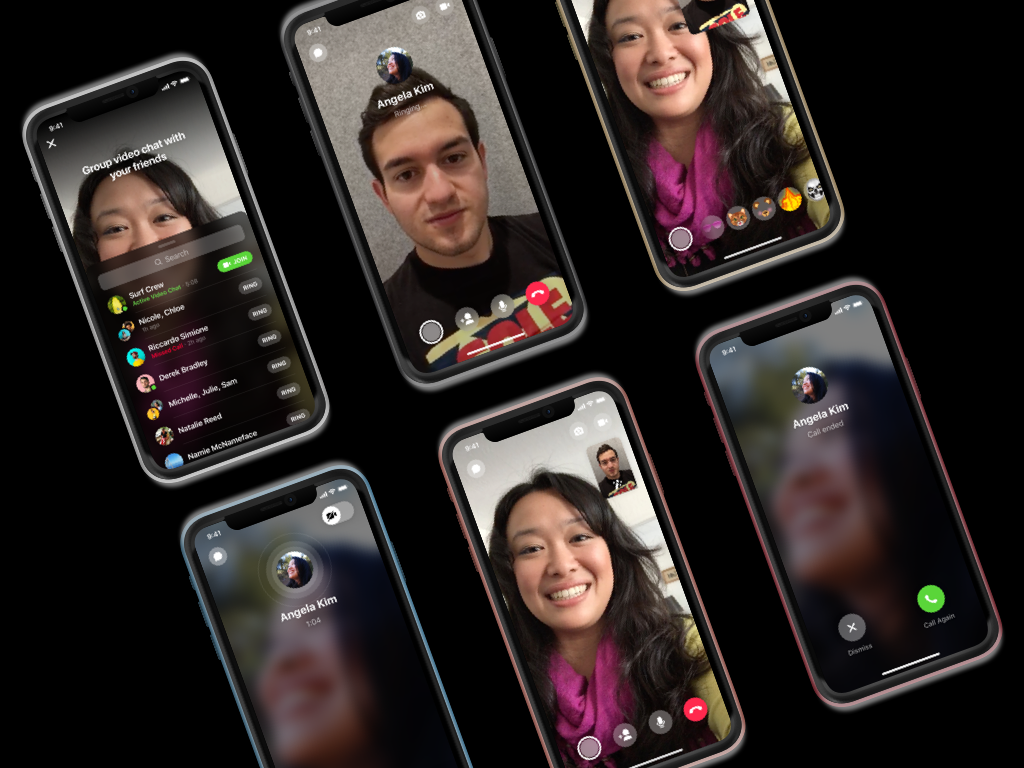